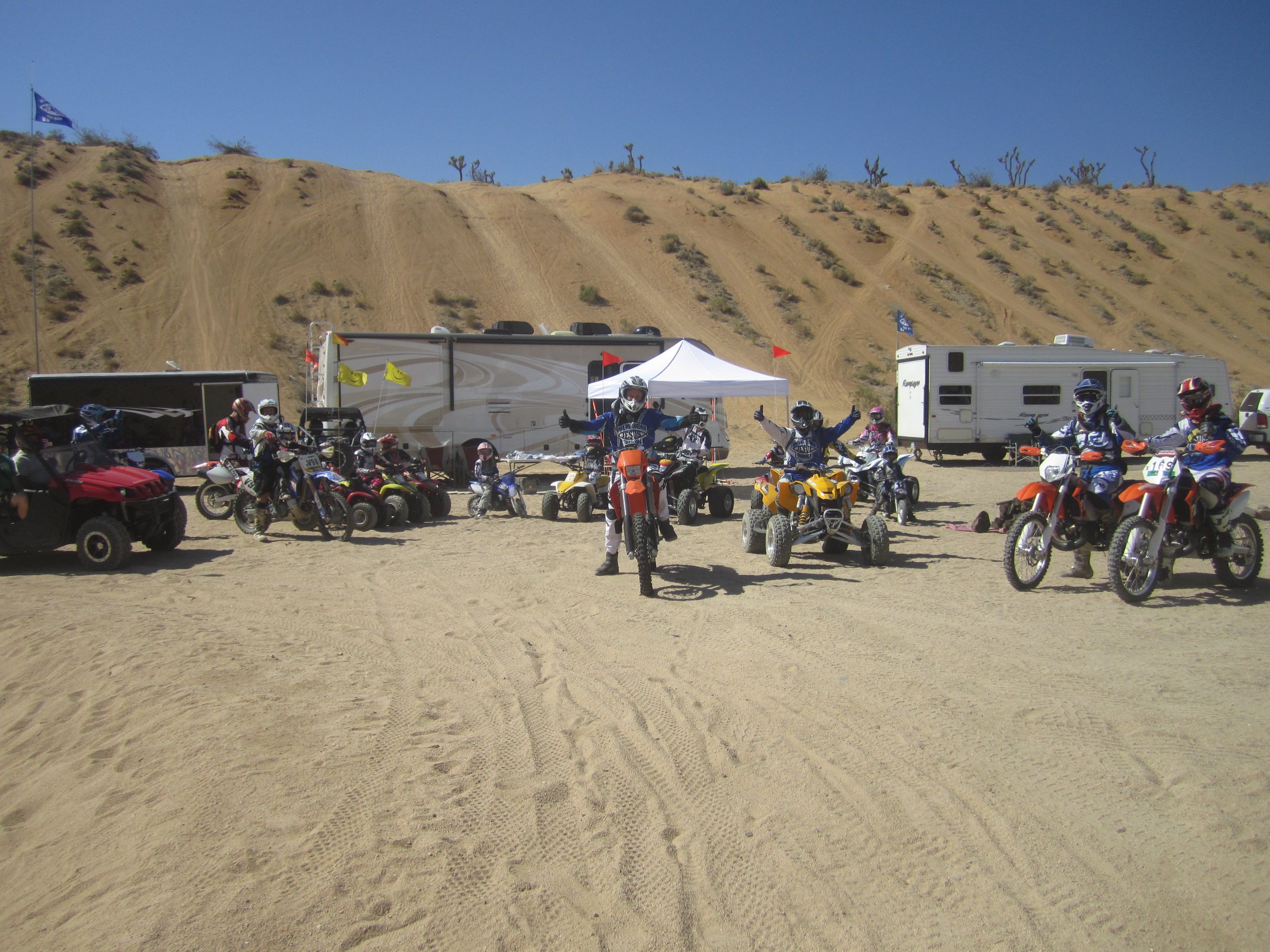 What a great weekend. Where to begin!??  Welcome to the Holmes family, who joined us for their first RUTS ride. We had some highlights….one of which involved an experimental rocket launch. A Chubakka action figure (who was just going along for the ride) apparently threw the balance off and the rocket took a side turn and headed straight for Tom, Lil, Janet, Sonny, Randy and Donna. Had it not been for Lil’s dive move, she might have had a rocket bruise on her legs. It was scary for just a minute, and then quite hilarious.  The kids treasure hunt ride had about 20 riders. We spit into two groups after Dove Springs, and both groups had a good 20 mile loop. My little ones, Jadyn and Zack, rode the 20 miles on their YAMAHA 50’s and did really wells despite some short sandy sections that gave them more than a little grief. Once through it was forgotten and a fun time was had by both of them.  The “Randy’s Fun Loop” (42 miles) ride saw 14 riders start the ride and 15 riders finish. We picked up Dillon, a young and foolish rider who was not only riding without a tool bag, but he was by himself and broken down, more than 10 miles from camp. After Jean-Luke fixed his bike, he joined our group and kept up well….riding right up front with the faster guys. The loop we rode hasn’t changed in 4 years and I hope it never does. It is one of my favorite loops of the whole year. What a blast. We did it in about 3.5 hours this year. Chad, who joined us on his 125, was challenged on “Big Sandy” the very long and steep sand hill about 1/4 of the way into the ride. After just learning how to ride that bike the previous day, he surprised more than just me, by making it up the hill on his second attempt. WOW.  Our campfire devotions, Chinese lanterns, experimental Korean rockets, noisy neighbors and “the HUGE pit” that randy dig for the kids all added up to create a wonderful weekend in the desert.

Hope to see you all soon!  ScottyB

Email your photos to scott@ruts.org