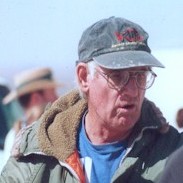 It was a dark and stormy night. In January. I turned on my computer and deleted
all the messages about low cost air fares, low interest credit cards.
Then I started in on the good stuff. First was one from Dave Beaumont. He wanted
my help for the Lost Mine Poker Run in March. The original plan was for about a
60 mile first loop. He asked if I could run a hot dog emporium and gas pit at
the check. I said “Sure, no problem as long as I know how to get
there”. Maps will be provided he assured me.

I didn’t have a bar-b-que so I went to Costco and bought one. Costco also sells
propane cylinders and since I didn’t have one, I bought one. All cylinders are
sold empty, so I went to a propane dealer and bought some.
I know what you’re thinking, “Big deal. Couldn’t have cost more than a
hundred and a half. ($138 plus tax and propane). Plus he will have that
stuff forever. Should have already had it”.

But wait, there’s more. I stole that line from an info-mercial on late night TV.
On Friday afternoon Johnny Severin rode over to a group of us who were just
standing around talking. He has a Husky 310TE, a four stroke machine with
electric start. “Here, take it for a ride” he said to me. I protested
I had no riding gear but he coerced me by forcing his helmet on me. After
showing me how to start it, I rode  it around and part way up a hill,
didn’t drop it and came back down. When I returned it I told him I thought it
rode smoothly and had good power. I didn’t have one, so I bought one.

Quoting the late, great Paul Harvey, “And now you know . . . the rest of the story”. 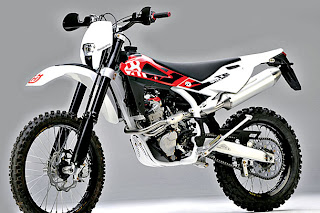